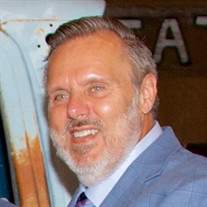 William Henry Allen Jr. (Bill Allen), of Mokena, IL, passed away unexpectedly on February 17th, 2022. Bill’s final act of kindness was to give the gift of life through organ and tissue donation. Bill was born on June 12th, 1957, to his late parents William and Therese Allen. In 1986, he met, fell in love and married Kelly. They celebrated their 35th year wedding anniversary this year. They have two children, William and Margaret Allen. He recently became a grandparent to his grandchild, Holly Allen. His family meant more to him than anything else in the world, something he often mentioned. He was unendingly proud of his children and always tried his best to support them. Bill was passionate about creating memories with his family. He enjoyed trips with his family, beer, baseball, and a great meal. Bill was always willing to lend a helping hand to his family and friends. He was proud to coach baseball and basketball. Bill has always been passionate to research and learn new information which he was able to do in his profession. He was proud to work at Munch’s Supply, heating and air conditioning for the last 28 years. Bill was excited to be returning to the office to be with his coworkers. Anyone who knew Bill knew that he was the most loving father and husband a family could ask for. Bill is survived by his wife, Kelly Allen, children, William (Casey) and Margaret Allen, brothers, Michael (Lynne) and Richard Allen, brother in law, Mark (Angie) Hanrahan, and the light of his life, granddaughter, Holly Allen. The family requests that all flowers and notes are sent to Vandenberg Funeral Home at 17248 S. Harlem Ave. Tinley Park, IL 60477.

William Henry Allen Jr. (Bill Allen), of Mokena, IL, passed away unexpectedly on February 17th, 2022. Bill&#8217;s final act of kindness was to give the gift of life through organ and tissue donation. Bill was born on June 12th, 1957, to his... View Obituary & Service Information

The family of Mr. William H. Allen created this Life Tributes page to make it easy to share your memories.

Send flowers to the Allen family.