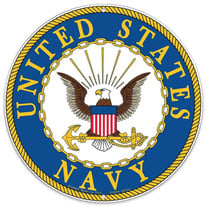 Robert C. Merrick, age 91, late of Mokena, IL formally of Ottawa, IL passed away peacefully February 14, 2021. Robert was born in Ottawa, IL to the late George and Hilda Merrick. Beloved husband for 60 years of Rolena (nee Hill); loving and devoted father of David & Milly Merrick, Debbie & John Nicely, Robert L Merrick and Steven Merrick. Cherished grandfather of Christopher and Stephanie Merrick, Alexandra and Benjamin Letvinis, William Merrick, Nicholas Beebe, Nathan Beebe, Johnathan and Lindsey Paskiewicz, Jacob Nicely, Kadie and Taylor Tisconik and Matthew Nicely. Great-grandfather of Samuel and Margot Merrick and Eleanor Rolena Paskiewicz. Caring brother of the late George Merrick. Loving uncle to many nieces and nephews. Robert was a graduate of Joliet Junior College and retired after many years of service from Standard Oil Company Chicago, IL. He served in the the U.S. Navy from 1950-1954. Robert was a member of Veterans of Foreign War in Mokena. He was also a member of the Lions Club of Mokena, He was known for his quiet presence, dry sense of humor and his love of Fleckenstien’s Bakery Visitation, Sunday February 21, 2021, 2:00-8:00 PM at the Vandenberg Funeral Home, 19604 Wolf Road, Mokena, IL. Robert will be escorted to Abraham Lincoln National Cemetery for full Military Honors at a later date. *Due to the global health pandemic (COVID-19) and in accordance with State of Illinois public health mandates; Face coverings are mandatory for entry into the Funeral Home facilities. Visitation will be limited to less than (50) attendees in the funeral facilities at any given time and social distancing will be required.

The family of Mr. Robert C. Merrick created this Life Tributes page to make it easy to share your memories.

Send flowers to the Merrick family.