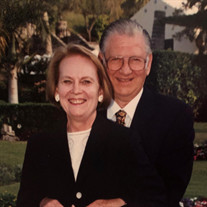 SGM Joseph A. Feldner, US Army Retired, passed away in the arms of his family on July 19, 2019 to join his Wife, Son, Son-in-Law, and Daughter-in-Law in heaven. He will bless those of Us on earth as a: Beloved Husband of the late Donna Marie... View Obituary & Service Information

The family of Mr. Joseph A. Feldner created this Life Tributes page to make it easy to share your memories.

SGM Joseph A. Feldner, US Army Retired, passed away in the arms...

Send flowers to the Feldner family.