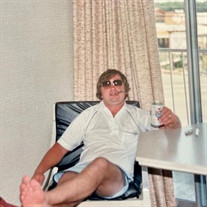 On November 15, 2021, the Fox family lost their rock and their hero, James J. Fox, unexpectedly. He was born on December 22, 1950, in Chicago, Illinois. James was 70. James is survived by his loving and adored wife, Linda Fox, his daughters Heather Bjorklund (Keith Bjorklund) and Jennifer Fox (Verdo Gregory), and granddaughters Makenzi Bjorklund and Rowan Gregory. He is also survived by his mother Loretta Fox, sister Katherine Fox, and brother Joseph Fox. James was preceded in death by his father, Joseph Fox, brother Robert Fox, mother in law Elsie Shannon, father in law Ben Garcia, brother in law Michael Garcia, and nephew Keith Pietruszka. James was a jack of all trades, everyone’s #1 Mr. Fix-It, and the best mechanic on heavy machinery you could ever find. From a young age he was building things, working on cars in his garage at his parent’s home, and fixing anything and everything imaginable. If he had not fixed it before, he would figure out how to fix it on his own. His mind was truly brilliant and remarkable. He did not need directions to fix anything, he just knew how to do it. His talent was incredible and he was truly ingenious. James was the life of the party. Everyone loved his jokes and looked forward to hearing them and laughing with him. You always knew, without a doubt, that you were going to have an amazing laugh and good time when you were in his presence. It was a guarantee that he would bring all the smiles and all the laughs. James was an extraordinary man inside and out, a truly genuine family man. Family was his heart and world. There was not a thing in this universe he would not do for his girls, and he was surrounded by his girls. His girls were his wife, two daughters, two grandbabies, and two furry family members. The adoration he had for his girls was a treasure, and he was our whole world. There will never be enough words created in this world that could truly convey our absolute love, adoration, and gratitude for James. He was a gift from God, the greatest blessing we could have ever wished for. God must have known that he was the hero we needed. Truly blessed are we to have called James ours, he left an indelible mark on our hearts and lives. Our lives will never ever be the same that is for certain. James, our rock, our hero, our greatest gift, our treasure, our best friend, our world, we love you to infinity and beyond. You will be missed dearly by every life and heart you touched.

On November 15, 2021, the Fox family lost their rock and their hero, James J. Fox, unexpectedly. He was born on December 22, 1950, in Chicago, Illinois. James was 70. James is survived by his loving and adored wife, Linda Fox, his daughters... View Obituary & Service Information

The family of Mr. James J. Fox created this Life Tributes page to make it easy to share your memories.

Send flowers to the Fox family.