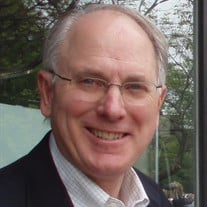 Gregory Tuck Gustin, 70, of Mokena, IL, died on May 28, 2016 surrounded by his family. Greg was born November 10, 1945 at St. Mary's Hospital in Decatur, IL to parents Judd E. and Leah Alice (Rivard) Gustin (both deceased). Greg married his wife Deborah Jo (Canute) Gustin in 1977. They are the very proud and loving parents of Andrew T. Gustin of Nashville, TN, Christopher J. Gustin of Los Angeles, CA, and Peter N. Gustin of Iowa City, IA. Surviving Greg are his brother Timothy, and wife Jill (Tallman) Gustin, of Cedar Rapids, IA, his sister Gwendolyn Gustin Meece of Peoria, AZ, his mother-in-law Verta Canute of Evansville, IN, and brother-in-law Mark, and wife Jenny Canute, of Murphy, TX. Greg leaves nephews Chase Gustin and Samuel Canute, and niece Valerie Canute. He was preceeded in death by brother Bradley J. Gustin. Greg attended St. Patrick's Catholic Elementary School in Decatur, IL and graduated from St. Bede Academy in Peru, IL in 1963. He obtained a Bachelor of Arts degree (1975) in Psychology from the University of Illinois Urbana-Champaign and a Master of Arts degree (1981) in Human Development Counseling from the University of Illinois Springfield. Greg made education a lifelong pursuit, and in 1995, he obtained a second Masters degree, this time an M.S. in Management and Organizational Behavior from Benedictine University in Lisle, IL. From 1995-2000, Greg served his community as a member of the St. Mary's Parish School Board, including one term as vice-president and two terms as president of the board. Greg approached his career as an extension of his faith. He worked two years for the Champaign County Youth Home as a counselor and supervisor, and worked 30 years for the Illinois Department of Human Services as a Senior Public Service Administrator, retiring in October 2002. From October 2002 to 2011 he worked for the Archdiocese of Chicago Office of Catholic Schools as a school planning consultant. Greg was also a Registered Organization Development Professional, and he operated his own business as a facilitator following his retirement from the Archdiocese. Scripture reading was an important part of Greg's life, and he always incorporated it into his work with groups and organizations. In retirement, Greg pursued newfound passions in photography and Tai Chi, both of which expanded his appreciation of God's creation. Greg expressed his gratitude for this life through his unconditional and boundless love for his family, whom he guided by example and supported with enthusiasm. He always made us laugh, capitalizing on every opportunity for a pun. He loved his St. Louis Cardinals and prayed for his Fighting Illini. His smile greeted everyone he met, friend and stranger, and his compassion for all people was without a doubt his greatest attribute. His was the kindest and gentlest soul we will ever know. Visitation Wednesday June 1, 2016 at the Vandenberg Funeral Home 19604 S. Wolf Road Mokena, IL. 60448. Funeral Thursday June 2, 2016 9:30 AM from the Funeral Home to St. Mary Church Mass 10:00 AM. Interment will take place Thursday June 2, 2016 3:30 PM at the Mt. Gilead Cemetery in Decatur, IL. The interment will be open to all guests. In lieu of flowers please make a donation to the Daybreak Homeless Center at https://catholiccharitiesjoliet.org/general-donation/. For information 708-479-1210 or www.vandenbergfuneralhome.com

The family of Mr. Gregory T. Gustin created this Life Tributes page to make it easy to share your memories.

Send flowers to the Gustin family.