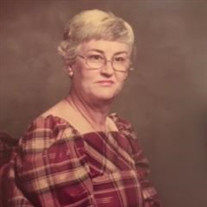 · Genevieve Morrison was born in 1925, in Sheldon, Illinois and lived on the farm with her parents Lyle & Pearl (Harden) Morrison, as well as with her older sisters Retha & Delores. · Graduated from Sheldon High School, played the Bassoon in the Band, and loved to cheer at basketball games. · Learned to play the piano by ear at an early age, and played all the way up until she passed · Got her RN Nurses degree and worked in Chicago · Gen was introduced to John Logsdon by Butch’s sister Marie Logsdon, at a local neighborhood pub. · In 1955, Gen & John married and moved to the Parkside neighborhood in Tinley Park, Illinois · They adopted Michael Logsdon in 1958, Tom was born in 1960 followed by Bill Logsdon in 1964 · The Logsdon family then moved to 176th Place where Gen resided until 1989 (27 years) · She spent the next 27 years in Tinley Park at her Condo · Genevieve went to church every Sunday, was active in St. George Church for over 58 years, where she sang in the Sunday Choir. · Our father John passed away in 1982, at an early age of 55, and Gen never remarried. · She loved to shop for clothes, cook molasses cookies for the kids and neighborhookd kids after school, & casseroles (most notably the Lima Bean casserole), go out to nice dinners on occasion, and liked to have 1 glass of wine with her son Tom when he came into town from California · She loved her Sons Mike, Tom, & Bill, and her grand children Riley, Lindsay, Megan, Will, Carolyn, and Corey, not to mention her daughter in-laws Kelly and Cathleen · Gen loved dogs on the farm and at our Tinley home with Tammy, Chantilly, and Brandy. · She moved closer to Bill & Cathleen in 2019 where she resided in comfortable assisted living. · Cathleen Logsdon, also a Nurse, spent the last 3.5 years of her life making sure Gen had the best healthcare environment while Tom was miles away in California, we are eternally thankful to her and Bill. · Gen is at peace now with our Father John Logsdon, and she lived a good long life of almost 94 years. · Our family loves you, will miss you, and will think of you every day.

· Genevieve Morrison was born in 1925, in Sheldon, Illinois and lived on the farm with her parents Lyle & Pearl (Harden) Morrison, as well as with her older sisters Retha & Delores. · Graduated from Sheldon High School, played the Bassoon in... View Obituary & Service Information

The family of Mrs. Genevieve Logsdon created this Life Tributes page to make it easy to share your memories.

Send flowers to the Logsdon family.