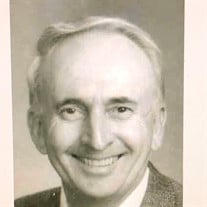 Frederick George Rauch, Jr., age 84, of Vandalia, Michigan, formerly of Mokena, Illinois, died peacefully Tuesday evening, July 30, 2019, in his residence in the comfort of his family’s presence. He was born April 22, 1935 in Blue Island, Illinois, the younger of two children of Frederick and Alice Rauch, Sr. He was raised and resided in Mokena, living there for sixty-six years until his retirement. He was part of the family business that had been established in 1922, Mokena Oil Company, and continued as a third generation owner until its sale in 1975. Fred served honorably in the U.S. Army during the Korean Conflict, and served as Commander of the Mokena AmVets Post. At age twenty-six, he was the youngest person elected to Trustee for the Village of Mokena. He served on the Mokena Fire Department for twenty-five years as a firefighter and EMT, the last eight years as the last volunteer Fire Chief. He continued as a trustee on the Fire Department Board. Fred was elected Highway Commissioner of Frankfort Township, a position he held for twenty-two years. Fred married the love of his life, Carol Ann Storz June 15, 1958 in Blue Island, Illinois. They were blessed to be able to retire and enjoy their family and friends at their home on Donnell Lake. Fred was the go to guy and was always willing to lend a hand, a tool, or a piece of advice (sometimes whether you wanted it or not). His grandchildren lovingly remember their “Bubba” as their biggest fan, never missing a game or an important event, even flying the Michigan State Flag at the end of the pier. Fred was a great influence to many. Frederick will be greatly missed by family and friends. He is survived by his wife of sixty-one years, Carol Rauch; son, Bryan (Kay) Rauch; daughter, Brenda (Ron) Hilgers; granddaughter, Heather Rauch; grandson, Matthew Rauch; and a host of nieces and nephews. He was preceded in death by his parents and his sister, Dorothy Ann Roesener. Family and friends will gather Friday, August 2, 2019 from 4:00 p.m. until 8:00 p.m. in Connelly Chapel Wagner Family Funerals, 202 North Broadway Street, Cassopolis. Funeral services will be held Saturday, August 3, 2019 at 1:30 p.m. in Vandenberg Funeral Home, 19604 Wolf Road, Mokena, Illinois, Visitation 10:00 a.m. until time of service 1:30 PM. Chief Rauch will be laid to rest in St. John’s Cemetery in Mokena, Illinois where he will be accorded full Military Honors. The family prefers contributions in memory of Frederick be made to Penn Township Fire Department, Post Office Box 7, Vandalia, Michigan 49095.

The family of Mr. Frederick George Rauch Jr. created this Life Tributes page to make it easy to share your memories.

Send flowers to the Rauch family.