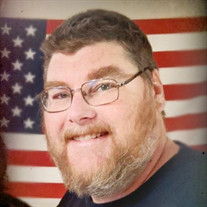 Carl Donald Singleton, age 43, passed away on Monday, March 2nd, 2020 at his home in Orland Park, Illinois after a short battle with primary central nervous system brain lymphoma. He was born August 19, 1976, in Palos Park to Charles (Chuck) and Elizabeth (Peg) Singleton (Goldinger). He was a 1994 graduate of Lincoln-Way Central High School. He married Beth Leonhardt on November, 27, 2004, in New Lenox, Illinois. They raised 3 sons: Zakk Leonhardt, Michael Singleton and Charley Singleton, who were the most important part of his life. Carl has been a laborer for the brick layers union since 1994. He loved being outdoors, working in his garage and was the ultimate grill master. Carl was loyal and compassionate to those closest to him. He had several lifelong friends, including Rich Goudie who he considered a brother. He will always be remembered for deep conversations and his humor, which always brought a smile to the faces of his friends and family. Carl is survived by his wife, Beth; three sons, Zakk (Ashley Marino), Mike and Charley; one granddaughter, Lilyanna Rae; parents, Chuck and Peg; a sister, Kate (Ryan) Fetters; one nephew, Matthew; one niece, Sarah; and several cousins. He was proceeded in death by his uncle, aunt, and all four grandparents. Come celebrate the life of Carl Singleton with us at Marley Community Church, 12625 West 187th St, Mokena, IL 60448 at 11 a.m. on Saturday, March, 7th 2020. In lieu of flowers, memorial contributions can be made out to Marley Community Church.

The family of Mr. Carl D. Singleton created this Life Tributes page to make it easy to share your memories.

Send flowers to the Singleton family.